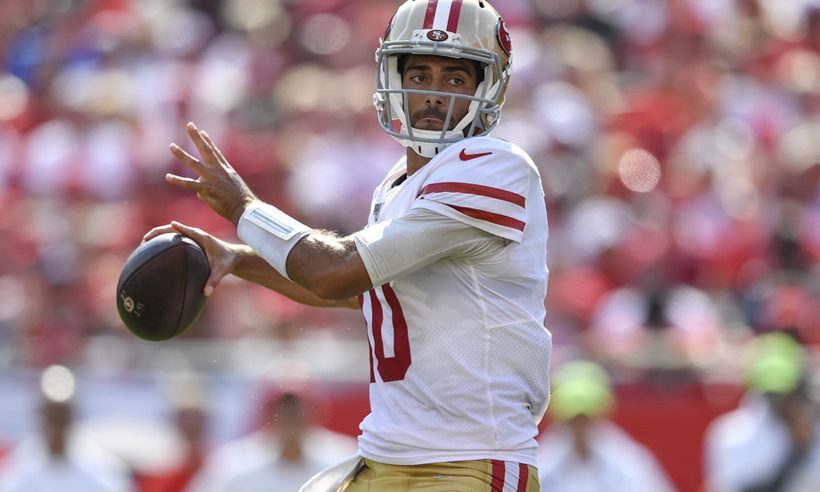 In this post we highlight our biggest rankings and predictions changes, after a week that featured big wins by San Francisco, Indianapolis, and Buffalo, among others.

Here are the biggest increases in team predictive rating heading into Week 6. Our predictive ratings are measured in points, with a 0.0 rating equivalent to a “perfectly average” team on a neutral field:

The 49ers continue to look like a formidable NFC contender, as one of only two undefeated teams remaining in the NFL. They had an easy time defeating Cleveland on Monday night 31-3, and now stand as our top ranked team in the NFC.

Denver finally got in the win column after a 0-4 start to the season under new head coach Vic Fangio. Their win came on the road against the Chargers, who many projected to be AFC contenders again this season but are now just 2-3. The Broncos were whopping 9-point underdogs on the road, according to our predictive ratings.

The Packers continue to roll, improving to 4-1 after a convincing win at Dallas. Entering the game, the two teams were separated by only 0.3 points in our predictive ratings, with the Cowboys having the field goal-plus projected edge with homefield advantage.

Here are the top gainers in projected total wins for the 2019 season heading into Week 6:

The aforementioned Broncos are still nowhere near playoff contention, but did see their win projection increase by more than one after an upset victory and the resulting ratings increase.

The Colts also pulled off an upset road victory, taking down an injury-plagued Chiefs team under the bright lights at Arrowhead Stadium. Indianapolis is exceeding expectations at 3-2 going into their bye week, despite Andrew Luck’s retirement.

After a 1-2 start, the Raiders have back-to-back big wins at Indianapolis and vs. the Bears in London. The team is inching closer to a .500 record projection going into their bye week.

The Eagles got an easy win vs. the Jets as heavy favorites, but also benefited from losses by the rest of the NFC East. They now have a 19% edge on the Cowboys in division odds as they embark on three tough road games (Minnesota, Dallas, Buffalo).

Maybe the Ravens didn’t earn style points for their 26-23 overtime victory over the banged up Steelers, but the result (coupled with Cleveland’s embarrassing defeat) did a lot for their AFC North division hopes. What has usually been one of the tougher divisions in recent memory is looking like a dud in 2019. Cleveland trails Baltimore now, with about a 30% chance to win the division.

San Francisco’s visit to the Rams this week could have huge implications in the NFC West. The 49ers currently have a better than 2-in-3 chance to win the division, but the Rams are hungry for a victory to  prevent them from losing three straight. Los Angeles currently has the second best odds to win the division at 18% and can ill-afford to fall three losses behind the 49ers.

Buffalo had some good fortune from now released Titans kicker Cairo Santos’ four missed field goals to win 14-7. The win pushed the Bills to 4-1 and gives them a great chance to make the playoffs, with the help of an AFC East division that features four likely wins against the Jets and Dolphins.

The Colts have to feel good about where they are entering their bye week, all things considered. At 3-2, they remain in the thick of the playoff race despite the retirement of Luck and major injuries to defensive stars Malik Hooker and Darius Leonard. After the week off, they’ll have a huge game vs. the Texans at home.

Enjoy NFL Week 6, and if you’re in an NFL pool or planning on betting some of the Week 6 games, please check out our NFL Survivor Picks, Football Pick’em Pool Picks, and NFL Betting Picks. 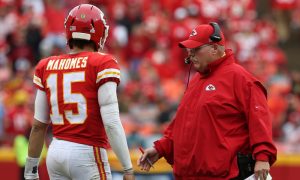 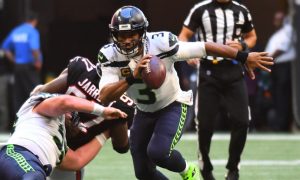