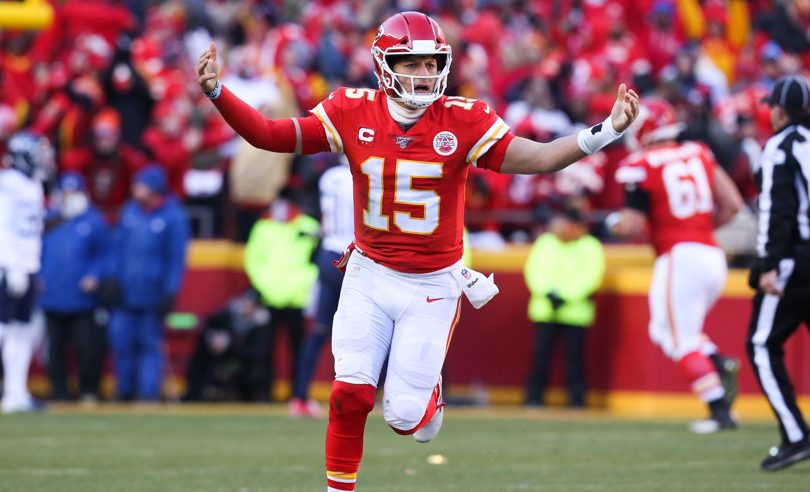 The Kansas City Chiefs (14-4) have reached the Super Bowl for the first time in 50 years, and there is plenty of excitement among fans as a result.

Since 1990, the Chiefs have been a frequent playoff participant, but have always, until now, come up short in key moments. The franchise ranks 8th in regular season winning percentage in the NFL over that span, yet every other franchise in the top 10 in winning percentage over the last thirty seasons has at least two Super Bowl appearances and at least one Super Bowl title.

In this breakdown, we’ll review how the Kansas City Chiefs got to the Super Bowl, their strengths and weaknesses, and some key factors for the big game.

Kansas City’s Super Bowl Season: Out of the Injury Ashes

On the one hand, Kansas City making the Super Bowl isn’t that surprising a story. The Chiefs entered the year as a Super Bowl favorite, and were the top rated team in our 2019 preseason predictions.

Just a year earlier, they had been the AFC No. 1 seed, and quarterback Patrick Mahomes had taken the league by storm in a MVP debut season. Only a heartbreaking overtime loss to the New England Patriots in the AFC Championship Game kept them from breaking the Super Bowl drought.

However, Kansas City’s path to Super Bowl 54 certainly had its twists and turns.

All that preseason promise looked in doubt when Patrick Mahomes left an October game against Denver with a dislocated kneecap. Mahomes’ injury was the biggest in an early string of injuries to important members of the Chiefs’ offense:

Add in that their two best defensive linemen, Chris Jones and Frank Clark, both also missed games in the middle of the season, and it was November before the Chiefs were getting close to full strength.

The season, though, turned around with the news that Mahomes’ injury would not end his 2019 campaign; ultimately he only missed two games. Kansas City lost his first game back at Tennessee, but hasn’t lost since.

Still, this team sat at 6-4 after that Titans loss, in need of some help to get a bye in the playoffs. They eventually got that help when the New England Patriots faltered down the stretch, and then lost at home to Miami in Week 17.

The Statistical Impact of the Chiefs’ Injuries

Kansas City finished the regular season at 12-4, and outscored opponents by a total of 143 points. Those figures already make them look like a Super Bowl contender. But what happens if we try to isolate how they played at full strength versus games where they were missing key players?

To try to get a better idea of how strong a “healthy” Kansas City is, we looked at their performance when specific key players played. To determine which players to include the analysis, we used the “Approximate Value” (AV) stat from Pro Football Reference, mostly because they calculate it for all positions, including offensive linemen and defensive players.

Here are the players from Kansas City who had at least a 0.6 AV per game this season, and didn’t play in every game:

To measure team performance we used our “Game Score” metric, which is essentially margin of victory, but adjusted for opponent strength and game location, and with some diminishing returns for big blowouts.

However, we’re dealing with small sample sizes of games here, so it’s important not only to consider raw Game Score, but also to blend it with prior expectations by adjusting it towards our preseason ratings, and towards how Kansas City played in the games where they did have some injuries.

Once we did all that, here’s what came out of the math blender:

For context, considering actual 2019 season game results and not adjusting for any players missing games, Baltimore was our top-rated NFL team this year, at +10.2 points over average. And the Ravens were our highest rated NFL team since 2012 New England.

In short, we can’t say for sure how Kansas City would have done over the other eight games if their top players stayed healthy, and few teams go through a full NFL season with all of their important players healthy. But based on this method for estimated injury-adjusted performance level, the Chiefs look like not just a good Super Bowl team, but a potentially dominant one.

(Of course, you will want to read our Super Bowl analysis of San Francisco before jumping to conclusions about the overall matchup.)

The Kansas City Chiefs By the Numbers

If you want to look through a variety of team stats, both offensive and defensive, you can check out our NFL stats pages. Here is how Kansas City ranked in the regular season in some key statistical categories.

For the season, the Chiefs piled up the stats of an elite passing offense, even with the injuries that impacted their performance this year. The rushing attack is largely a counterbalance/constraint to keep teams honest in defending the pass. It’s scary to think how great the offensive numbers might have looked if Kansas City had better success in the red zone, one rare area where their offense has underperformed this year.

The defense has been great at defending the pass, and the weakness has been the rush defense. Of course, this team also just shut down Tennessee running back Derrick Henry in the AFC Championship Game, so they have proven capable of stepping up. (The 2019 Chiefs are also exhibit #1,653 that passing well and defending the pass are far more important than stopping the run when it comes to winning in the NFL.) 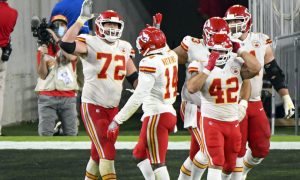 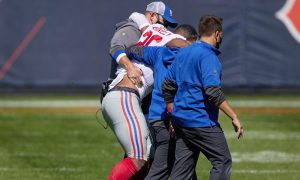