Pick’em Strategy: How To Win Season vs. Weekly Prizes In Football Office Pools 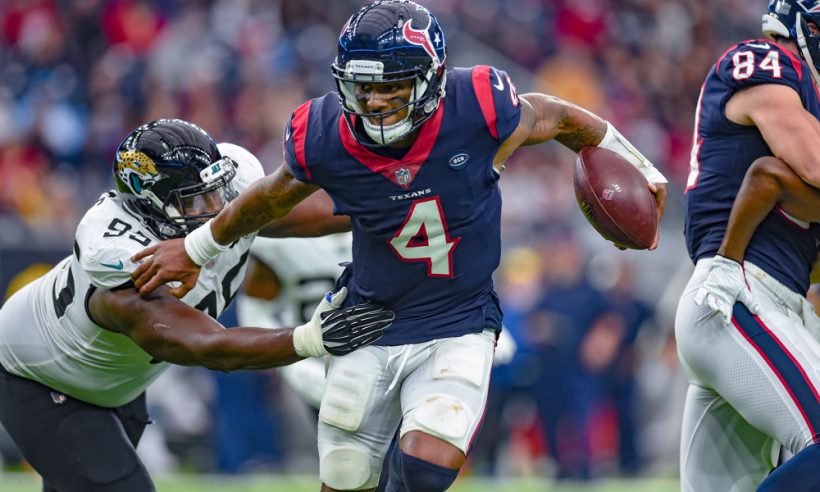 Many football pick’em contests and office pools offer prizes for the highest cumulative scores at the end of the season. Some pools only reward the top score(s) of each individual week. Some pools offer both season and weekly prizes.

The prize structure of your NFL or college football pool can have a big impact on your optimal pick strategy. In particular, the best picks to win a weekly prize in your pool might look a lot different than the best picks for winning an end-of-season prize.

It sounds confusing, we know. We hear comments like this a lot: “But if my goal is to win the season, shouldn’t I obviously be trying my best to win every week?”

The answer, in most cases, is no. In this post, we explain why.

How To Win Weekly Prizes In Football Pick’em Pools

To understand optimal strategy to win a weekly prize, it helps to consider each NFL week as a standalone “mini-pool” in which you are only picking 16 games (or fewer, once bye weeks start). So to win that mini-pool, you need to do a better job than all your opponents at picking a handful of games — and not 200+ games like in a typical season-long NFL office pool.

In shorter contests, contrarian strategies don’t need as much luck to pay off as they do in longer contests that require a much greater number of picks. For example, in the long term most upset picks will lose. However, in any one week you’ve got a realistic chance of picking two or three upsets and getting them all right, while most of your opponents get those games wrong.

That’s often all it takes to win a week.

As a result, the optimal pick strategy for winning a weekly prize usually involves taking on some extra risks to differentiate your picks from the majority of your opponents. You focus more on picking unpopular teams that the public undervalues, and in weeks when the public is wrong on a couple key games, you’ll leapfrog them in the weekly standings.

This is a more boom-or-bust type of gambit, since it typically requires a couple key picks to go your way. And the more entries in your pool (i.e. the more people you need to beat), the crazier the optimal “win the week” picks look. But mathematically, they still give you a better chance to win.

Of course, when a riskier strategy like this doesn’t win a week, it will usually bomb pretty badly. That’s no big deal if you are playing in a series of one-week pools where you start fresh each week. If you win a week or two or three, and crash in burn in the rest, you could still earn a huge return on your pool entry fee.

How To Win Season Prizes In Football Pick’em Pools

A season-long pool, on the other hand, has memory. You don’t start fresh each week, and even just one week of making riskier picks that don’t pan out can significantly hurt your chances of winning an end-of-season prize.

So if your goal is to win a season prize, most often the better strategy is to be more conservative with your picks, especially in the early weeks. By picking mostly or all favorites, especially in smaller pools, you first give your opponents the chance to shoot themselves in the foot by making too many risky picks early on.

Especially in more casual office pool type competitions, there’s a good chance that many participants in your pool will employ picking strategies that are unsophisticated and/or irrationally biased in some way. Maybe they refuse to pick against their favorite team, or they overreact to the previous week’s results. Many players believe they should pick a greater number of upsets than actually makes sense for their pool.

Sometimes these flawed strategies get lucky for several weeks, but as the weeks wear on, luck inevitably wears off. In the meantime, you can play it safe, the tortoise to their proverbial hare, patiently biding your time until their inferior pick strategy implodes.

Later in the season, you can reassess your position. If you’re in the lead as the pool enters the home stretch, it generally makes sense to start biasing your picks towards popular teams, to try to prevent your nearest opponents from gaining ground. If you’re out of the money and need to make up ground, it probably makes sense to start differentiating your picks a bit more.

(Our post on early vs. endgame strategy in football pools takes a deeper dive into that topic.)

To use a ver “retro” baseball analogy that clearly shows our age, if you want to win a season prize, you need to be like Tony Gwynn and hit for high average and consistency. You want your expected weekly scores to have a high floor.

If you want to win a weekly prize, you need to be like Sammy Sosa, and swing for the fences every time you step up to the plate. It doesn’t matter if you strike out most of the time, as long as you hit a dinger or two over the course of the 17 weeks of the NFL season.