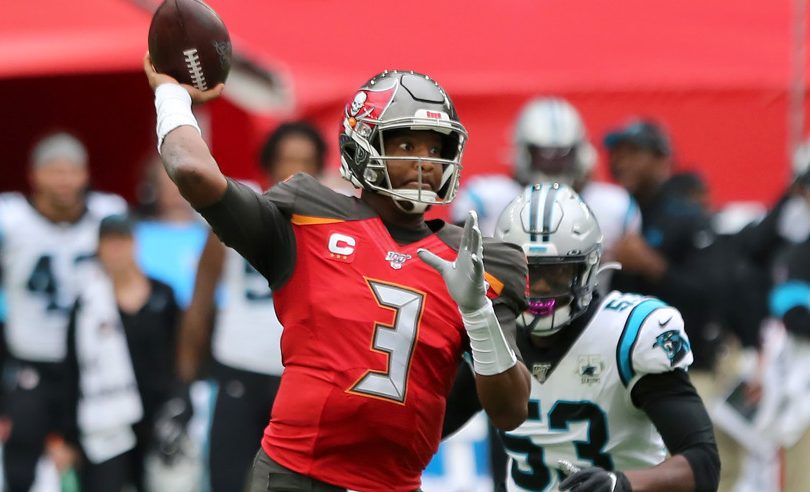 Week 8 features a lot of heavy favorites, with several matchups between teams that appear to be have-nots this year facing teams that hope to reach the playoffs. In fact, four of the matchups this week have a point spread of 13 points or more, and nine of them feature a team favored by at least six points (and we await final news on Atlanta quarterback Matt Ryan’s injury, which will impact the point spread against Seattle).

Last week, we highlighted three favorites that were being picked less than half the time by the public: Chicago, Tennessee, and Indianapolis. The Colts beat the Texans at home and the Titans held on for a 3-point win against the Chargers, while the Bears laid an offensive egg against the Saints. Overall, the public got 1.3 wins in those three games compared to two wins by going with our value favorites or unpopular tossups, and so going against the popular underdogs was a profitable move.

We also discussed two underdogs that were potential values in weekly contests because they were so unpopular: Denver and Atlanta. Neither bathed themselves in glory in Week 7. Denver could not do anything on offense to take advantage of Kansas City playing over half the game without quarterback Patrick Mahomes. Atlanta got crushed at home by the Rams and added injury to insult when Falcons quarterback Matt Ryan suffered an ankle injury that has his status for this week in doubt.

Using Vegas odds, data-driven predictions, and pick popularity data from national football pick’em contests, we’ve analyzed the entire NFL Week 8 slate and identified the best value picking opportunities. This week, early pick popularity numbers show several games where the public is strongly on one side in matchups that the oddsmakers think are far closer to even.

Keep in mind that we are not saying that you should make all five of the picks below. The best Week 8 picks for your NFL pool depend on characteristics such as its size, rules, and prize structure; our Football Pick’em Picks product will recommend weekly picks for you based on all those factors.

What we are saying is that the teams mentioned in this post either offer some of the best opportunities to differentiate your Week 8 picks from your pool opponents, or they serve as prime examples of when picking against the crowd is most likely a bad idea.

Favorite at a Reasonable Price

Most favorites are overrated by the public, but the teams below look more fairly valued in Week 8. You should think twice about picking against them, not because we think they are a lock to win (we certainly don’t), but because other games offer more compelling upset pick opportunities.

So lock in Minnesota, make them a top confidence point play if you participate in such a pool, and let the other results dictate how this week goes.

Green Bay is one of those few smaller favorites this week, favored by 4 points at Kansas City. The Packers are the favorite, of course, because Patrick Mahomes is out with the knee injury and Matt Moore will start for Kansas City. Aaron Rodgers is coming off a stellar performance against the Raiders, and gets to face another defense that has struggled to stop opponents (though the Chiefs did have their best defensive game last Thursday against Denver).

San Francisco faces Carolina in the only other game this week (besides Green Bay-Kansas City) where both teams have a winning record. The 49ers come into the game off a sloppy performance in the mud against Washington where they won 9-0. Carolina has had a bye after playing in London in Week 6, and has won four games in a row with Kyle Allen at quarterback, so you can understand why the public is, relatively speaking, more comfortable occasionally picking the upset here.

Our models give the 49ers a 72% chance of victory as a 5.5-point favorite, and the public is picking them 84% of the time. Again, because of the dynamics of this week with so many larger favorites, that makes them a relative value and you should look elsewhere if you want to pick a bigger upset. There are four other games within one point of the line for this game, and the average pick popularity is 91% for those other favorites.

The pick below is not appropriate for all pools. If you’re in a smaller, season-long pool with lots of games left, it’s probably not worth the risk. However, if you’re in a single-week pool with a larger number of entries, or if you only care about winning weekly prizes, these highly unpopular underdogs have a compelling profile.

Tampa Bay at Tennessee is tied for the smallest point spread of the week, at 2.5 points. The betting market implied win odds are 42% for the Bucs, while our models are even more optimistic, giving them a 48% chance of winning.

The public, though, is taking Tennessee 70% of the time even though we see this one as closer to even. You can understand why that is. The last time we saw Tampa Bay, Jameis Winston was turning the ball over six times in London in the loss to Carolina. Meanwhile, Tennessee benched Marcus Mariota for Ryan Tannehill before last week, and Tannehill threw for over 300 yards in the win over the Chargers on Sunday.

Given that this is a week with relatively scarce options when it comes to close games, combined with Tennessee’s higher popularity, Tampa Bay is an attractive upset pick here in a weekly contest to differentiate your entry.

Denver put up an embarrassing performance in primetime last Thursday, and were not competitive against the Chiefs. Indianapolis, meanwhile, has played the underdog role really well, beating those same Chiefs on the road in primetime and then winning at home against the Texans in impressive fashion.

Those factors are contributing to the Colts now being picked by a whopping 96% of the public. But unlike a lot of other games this week with high popularity for the favorite, the Colts are only a 6-point favorite with win odds of around 67%.

While taking an underdog with about a one-in-three chance to win isn’t advisable in all pool types, it is a solid value play in larger weekly prize pools because the public is almost ignoring the Broncos entirely at this point after their poor performance last Thursday.

Once you know the best value opportunities of NFL Week 8, you can typically increase your odds to win your pool by making educated gambles on one or more of them. Perhaps you bump up the number of confidence points you assign to a pick like Green Bay or San Francisco. Maybe you take even more risk and pick a team like Denver or Tampa Bay to win. There are a lot of decisions to make, but not all of them make sense for you.

Enjoy NFL Week 8, and if you’re in an NFL pool or planning on betting some of the Week 8 games, please check out our Football Pick’em Picks, NFL Survivor Picks and NFL Betting Picks.