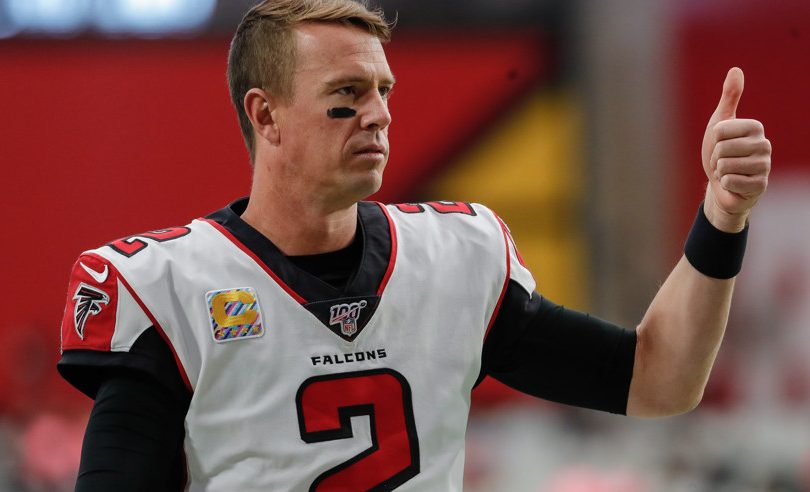 Another week, another set of games where the underdogs continue to shine. Before Green Bay survived on some questionable calls and a late field goal against Detroit, the underdogs had gone 7-6 straight up last week. Dallas and the Los Angeles Rams both lost for the third week in a row, while Kansas City and the Los Angeles Chargers lost consecutive games at home. Can any of those teams turn things around in Week 7? The public seems to think so, as we will get to in this week’s value breakdown.

Last week, we highlighted three moderate favorites that were coming at a value: Carolina, Minnesota, and Washington. Carolina took advantage of numerous Jameis Winston turnovers to handle Tampa Bay in London. Minnesota won comfortably against Philadelphia at home. Washington took a 17-3 lead on Miami, and then held on for the win as Miami missed a two-point conversion attempt late. With all three favorites winning, that was three wins compared to 1.7 wins on average for the public in those games. Considering that only four other favorites won all week, we’ll take those results.

That was the good. The bad was that we also highlighted two toss-up games where the public was heavily on one side. By game time on Sunday, Jacksonville (vs. New Orleans) and Cleveland (vs. Seattle) had actually moved to being slight favorites even though the public was picking each of them less than 20% of the time. Seattle and New Orleans both pulled out close road wins, with Seattle coming from down 14 points. The Saints are now 5-0 in games decided by one score, while the Seahawks are 4-1 (and the one loss was to the Saints).

When you take unpopular toss-up games, it’s a value proposition because if you win, your weekly win odds shoot up because no one else has them. Whether it makes sense to take them in your pool depends on factors like your place in the standings and your prize structure.

Using Vegas odds, data-driven predictions, and pick popularity data from national football pick’em contests, we’ve analyzed the entire NFL Week 7 slate and identified the best value picking opportunities. This week, early pick popularity numbers show several games where the public is strongly on one side in matchups that the oddsmakers think are far closer to even.

Keep in mind that we are not saying that you should make all five of the picks below. The best Week 7 picks for your NFL pool depend on characteristics such as its size, rules, and prize structure; our Football Pick’em Picks product will recommend weekly picks for you based on all those factors.

What we are saying is that the teams mentioned in this post either offer some of the best opportunities to differentiate your Week 7 picks from your pool opponents, or they serve as prime examples of when picking against the crowd is most likely a bad idea.

Week 7 features several favorites that the public is picking at a lower rate than their chance to win. These types of teams are as close as you can get to “no brainer picks” in NFL pick’em contests, since both win odds and value are on your side. Here are two of them:

New Orleans is a popular choice again this week, with 57% of the public picking the Saints. It’s easy to see why. They have won four games in a row with Drew Brees out and Teddy Bridgewater in at quarterback. Chicago, meanwhile, lost their last game to Oakland and then has been on a bye.

But Chicago is a 3.5-point favorite, and our models give them a 63% chance of victory, so you are getting a team that is a solid favorite being picked at a rate more appropriate for an underdog.

The Saints have gone 5-0 in close (within 8 points) games this year. Maybe they can continue that hot streak in games that could go either way. But of the last 10 teams that have started a season by winning at least four more close games than they lost through the first six weeks, they finished the rest of the year only 24-26 in close games.

The Chargers have underwhelmed all season, and are coming off consecutive home losses to Denver and Pittsburgh. They stand at 2-4 with one of those victories coming against Miami. They lost starting center Mike Pouncey to a season-ending injury before the last game.

Tennessee is also 2-4, and are coming off getting shut out by Denver. The Titans still haven’t announced who will start at quarterback between Marcus Mariota and Ryan Tannehill, but that determination probably will not affect the line much. Tennessee is a 2-point favorite with 55% implied win odds (our models put it at 53%).

It seems the public has not fully jumped off the Chargers despite how they have looked so far, and 58% of the public are taking them in this one, so you can once again get the betting favorite where the majority of the public is on the other side.

The Colts and Texans face off in a key AFC South game. Indianapolis is coming in off the bye week, while Houston had the big win over Kansas City on Sunday. Indianapolis is a 1-point favorite and has implied win odds from the betting markets of 53%. Our models are a little lower on the Colts, giving them a 49% chance of winning, but either way, it’s a toss-up with the game in Indianapolis.

The pick below is not appropriate for all pools. If you’re in a smaller, season-long pool with lots of games left, it’s probably not worth the risk. However, if you’re in a single-week pool with a larger number of entries, or if you only care about winning weekly prizes, these highly unpopular underdogs have a compelling profile.

The Falcons are off to a dismal 1-5 start. They lost on Sunday to Arizona when placekicker Matt Bryant missed an extra point that would have tied the game. Matt Ryan completed nearly 80% of his passes, averaged almost 10 yards per attempt, and threw four touchdowns in the loss.

Jared Goff threw for a little less than that in Sunday’s loss to San Francisco, as the Rams had the fewest net passing yards of any game in the NFL this season (48).

But it’s the defending NFC Champions, and the public (86% pick popularity) is strongly anticipating that they will end their three-game losing streak, on the road in Atlanta.  The Rams are a 3-point road favorite. Our models are a little more optimistic on Atlanta’s chances of pulling the mild upset, at 47% win odds, compared to 43% win odds from the betting markets.

Either way, the Falcons are highly unpopular, and that makes them at least worth consideration in weekly prize pools.

The public really loves the Kansas City Chiefs. They had 98% pick popularity when they lost two weeks ago to Indianapolis, and were picked by 90% of the public last week as a 3.5-point favorite at home to Houston, in another loss. The Chiefs are again at 90% pick popularity, and have a similar 3.5-point line this week at Denver.

The Kansas City defense has given up at least 180 rushing yards in four straight games, allowing teams to control possession to slow down Patrick Mahomes. The Chiefs are also dealing with offensive line injuries, and the net result of those two factors is the two lowest scoring games of Mahomes’ career as a starter in the last two weeks.

Denver, meanwhile, has won two in a row after an 0-4 start, and now gets to turn around and play the reeling Chiefs at home on Thursday night. With only 10% of the public going with the Broncos in situation where they realistically have a shot at an upset (38% win odds) they are worth a look in larger weekly contests.

Once you know the best value opportunities of NFL Week 7, you can typically increase your odds to win your pool by making educated gambles on one or more of them. Perhaps you bump up the number of confidence points you assign to a pick like Chicago. Maybe you take even more risk and pick a team like Denver or Atlanta to win. There are a lot of decisions to make, but not all of them make sense for you.

Enjoy NFL Week 7, and if you’re in an NFL pool or planning on betting some of the Week 7 games, please check out our Football Pick’em Picks, NFL Survivor Picks and NFL Betting Picks.