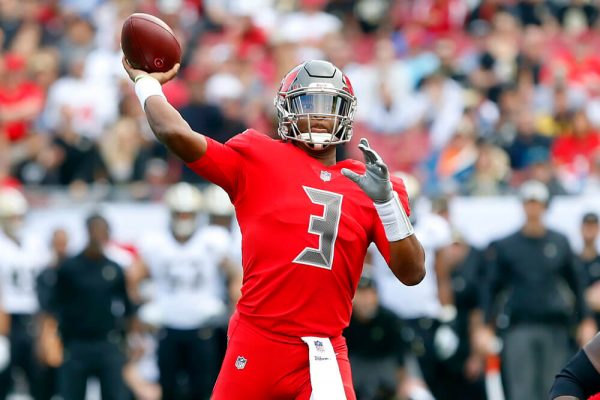 We’re back for NFL Week 17 with five picks that need to be on your radar screen if you want to win your NFL pick’em contest or confidence pool. For a quick primer on value-driven picking in football pools, see our article on NFL pick’em pool strategy.

The five NFL Week 17 picks listed below stand out based on their win odds and pick popularity. Deciding which way you want to go on these games should be top of mind when you make your NFL Week 17 pick decisions.

Keep in mind that we are not saying you should make all of these picks. The best picks for your specific football pick’em pool depend on multiple factors, such as the number of entries in your pool; whether it uses confidence points; and whether it offers season prizes, weekly prizes, or both. Our Football Pick’em Picks product figures out the best pick strategy for you.

Note: Win odds and projected pick popularity data quoted below may change between publication time and kickoff time. If you want to see the latest numbers, our product updates multiple times per day with the latest information.

The Giants are 6-point favorites at home against a Cowboys team that is locked in as the #4 seed in the NFC for the playoffs. While most of the usual Dallas starters will start the game, it’s not unusual for playoff-bound teams to pull the starters later in the game. The betting markets have taken this into account, giving the Giants 70% win odds. The Giants’ popularity in against-the-spread pools is 45%, and their pick popularity in game winner pick’em pools is only  35%. That number will likely rise later in the week, but with such a big difference between their current popularity and their 70% win odds, it’s likely there will still be a decent amount of value in picking the Giants.

The Vikings are 4.5-point favorites at home against the Bears in Week 17. The Bears have won 8 of their last 9 games and still have a shot at getting a first-round bye. These factors may be helping boost Chicago’s popularity in pick’em pools. There are a couple of reasons why Minnesota is undervalued. First, the Bears could ease off the throttle and rest their starters as the game goes on if they see that the Rams have a big lead on the 49ers in their game (and thus little chance of overtaking the Rams in playoff seeding). Second, our power rankings have Minnesota and Chicago rated as virtually equal in strength, with Minnesota being stronger than their 8-6-1 record might suggest. With their Vegas-implied win odds of 66% well ahead of their pick popularity of 54%, the Vikings are a solid favorite that is underrated by the public.

Indianapolis is a 3.5-point favorite on the road against Tennessee in a game where the playoff math is simple for both teams: a win and they’re in. Both the betting markets and our models have the winning chances right around 62% for the Colts. However, some feel divisional games are harder to predict so they are hesitant to give as much credit to the presumed favorite. Also, both teams have identical 9-6 records, so the public may not be fully accepting that the road team should be a solid favorite. These factors may partially explain why the Colts pick popularity (at only 54% nationwide) slightly lags behind their win odds. Picking the Colts allows you pick the likely winner of the game while also getting some extra value as a bonus.

In the game with the smallest point spread of the week, the Buccaneers are 1-point favorites at home against the Falcons. Some recency bias may be in play here, as the public is mostly going with an Atlanta team that has won two games in a row instead of a Tampa Bay team that has lost three straight games. However, the Vegas line has Tampa Bay as a slight favorite, with implied win odds of 53%, which is substantially higher than their 41% popularity in public pools. Tampa Bay is worth strong consideration in weekly pools, as picking them gives you an opportunity to gain ground on the majority of your pool without needing to take a big gamble on a longshot.

The Jaguars conclude their regular season on the road as a 6.5-point underdog against the Texans. After a 2017 season when they were minutes away from making the Super Bowl, Jacksonville is a disappointing 5-10 and well out of the playoff hunt. With the Texans still in contention for a first-round bye in the playoffs, the public is solidly behind Houston in pick’em pools, with only 5% picking Jacksonville nationwide. The flip side of Houston having something to play for is that division rival Jacksonville can play the role of spoiler to at least hurt Houston’s playoff seeding. Despite their unpopularity in pick’em pools, Jacksonville still has a decent chance of pulling off the upset, with both our models and the betting markets giving the Jaguars a 28% chance of winning. For people trailing in their season pools and needing to make one or more upset picks, or for people playing in a big weekly pool, Jacksonville is one of the best available choices, given their reasonable winning chances coupled with extreme unpopularity in pick’em pools.

Which Of These NFL Week 17 Picks Should You Make?

Maybe all of them, maybe just some of them. We’re not dodging the question — the reality is that it takes a lot of math to get to the right answer.

We built our Football Pool Picks product to do all the number crunching for you, and figure out when it makes the most sense for you to go with the favorite vs. the underdog. You answer a few quick questions about your pool, and it will customize Week 17 pick recommendations to give you the biggest edge.

Here’s how it works:

The result? In our postseason survey last year, 81% of our subscribers reported winning a weekly or a season prize in a football pick’em contest, and over the long term our customers are winning pools at rates that blow away expectations.

Enjoy NFL Week 17, and if you’re in a football pool or planning on betting some games, check out our college bowl pick’em picks, NFL pick’em pool picks, and NFL betting picks.