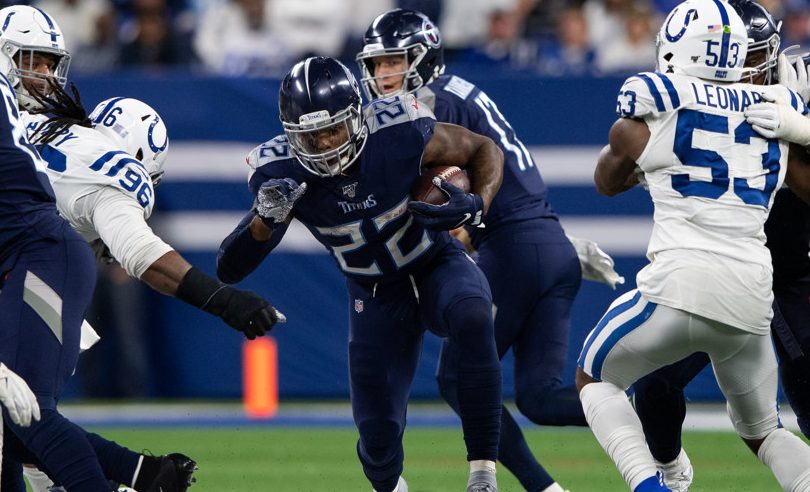 Week 17 of the NFL season has arrived, and with it the end of the regular season is here. A handful of teams are playing to reach the playoffs. Most, though, have been eliminated and some playoff teams have already locked up their slots. With those varying motivations, the public may have a hard time making a call on who really should be favored, and who has a better chance for a closing win.

The picks we highlighted last week did not bring us holiday cheer. Minnesota was listed as a value favorite, with a chance to tie Green Bay in the NFC North. They came out with a poor effort. The Chargers lost at home to the Raiders to continue their underachieving season. The Bengals had a big rally to take the Dolphins to overtime, but lost on a field goal to end OT. The only pick that hit was the upset pick of the Jets over the Steelers (while the Titans, another upset pick, did not happen).

Using Vegas odds, data-driven predictions, and pick popularity data from national football pick’em contests, we’ve analyzed the entire NFL Week 17 slate and identified the best value picking opportunities. This week, early pick popularity numbers show several games where the public is strongly on one side in matchups that the oddsmakers think are far closer to even.

Keep in mind that we are not saying that you should make all five of the picks below. The best Week 17 picks for your NFL pool depend on characteristics such as its size, rules, and prize structure; our Football Pick’em Picks product will recommend weekly picks for you based on all those factors. (And if you are in a college bowl pool where you can still make picks, our Bowl Picks product can also provide customized recommendations for you).

What we are saying is that the teams mentioned in this post either offer some of the best opportunities to differentiate your Week 17 picks from your pool opponents, or they serve as prime examples of when picking against the crowd is most likely a bad idea.

Week 17 features multiple teams who we project to win but who are being picked by less than half the public. A big factor is that it is the final week and some teams that the public is favoring have far less to play for. When you get a team that is expected to win, but is being picked far less by the public, that is as close to a must-pick as you can get in pick’em contests.

The Tennessee Titans can make the playoffs as the No. 6 seed in the AFC if they win this game. Houston cannot get a bye. Unless Kansas City loses at home to the Chargers, they are going to be the No. 4 seed. Houston also knows that the No. 5 seed, Buffalo, is locked in, making the Bills likely to rest starters as well.

That all adds up to a situation where the Texans are highly likely to treat this one like a preseason game, since they have to play in one week in a playoff game. Tennessee would have likely been a slight underdog at Houston if both teams were playing all out, but with the differing motivations, the Titans are a 3.5-point favorite. We project them with 64% win odds.

The public, though, is so far treating this game as if both teams have the same incentive, and heavily favoring Houston. Only 26% of the public so far is on the Titans to win. Given those differences, Tennessee is a high value play this week.

Pittsburgh is chasing Tennessee for the last playoff spot. And like the Titans, the Steelers will be playing all out in this one. On the other hand, Baltimore has locked up the No. 1 seed. Baltimore head coach John Harbaugh has already announced that quarterback Lamar Jackson and other Ravens’ starters will be sitting this one out.

If this game was played before Baltimore locked the top seed up, the Ravens would have been a sizable favorite. The public is still going that direction, taking the Ravens 77% of the time. But with Ravens’ starters resting, this line is now at Pittsburgh favored by two points, with 53% win odds.

The Cincinnati Bengals did not hit as an unpopular toss-up pick last week, but do not be deterred. This Bengals team has now locked up the top pick in the 2020 NFL Draft, and a win here against their in-state rivals will not impact that. The Bengals have been somewhat unlucky this year, as they are now 0-8 in games decided by one score after last week’s overtime loss.

Meanwhile, the Cleveland Browns’ disappointing season is coming to a close as well. This was a team that came into the year with playoff aspirations. But Baker Mayfield has thrown nearly as many interceptions as touchdowns, the offense has struggled, and they could leave this game with their 10th loss.

Cleveland is still the betting favorite in this one (2.5 points) and the public is heavily on the Browns (87% pick popularity). Our projections are more optimistic on the Bengals’ chances in this one, putting them at 53% win odds. Either way, because of the extreme popularity of the Browns, the Bengals present a good value pick in the final week.

The Minnesota Vikings were locked into the No. 6 seed with the Monday Night loss to Green Bay. That result means Minnesota is likely to play this one without several starters. The point spread is only one point in favor of the Vikings.

With 92% pick popularity, that makes this one an extreme game when it comes to an unpopular toss-up. You can basically get a coin flip on the Bears in this one, where the public is heavily the other way. If you are defending a position in the standings, you may want to stay with the public here. But if you are trying to make up ground, this is a key Week 17 swing game.

The picks below are not appropriate for all pools. These are ideal picks in a single-week pool with a larger number of entries, and also can be the type of choices you need to make if you are trailing or just outside the money and need to gain some ground by zigging when the leaders are probably zagging.

The Jets hit last week as the value upset, and make another appearance this week. This time, though, Buffalo being locked into their playoff spot contributes to the value. The Bills are likely to be resting starters, and the Jets are only a 1.5-point underdog. The public is taking Buffalo a ridiculously high 94% of the time. That number would be high even if this wasn’t Week 17.

But with the Bills more likely treating this as a preseason contest, it becomes a top value upset pick in Week 17.

If you are a pick’em subscriber, you have access to the customized pick’em picks for your specific pools. Remember that we write this pick’em advice for NFL Week 17 early in the week. Some information could be outdated by the first games this week on Saturday. Pick popularity can change over the course of a week, and injury news and line movements can alter which picks are the best for your pool. It is also a more general summary of the week that may not be applicable to your pool rules.