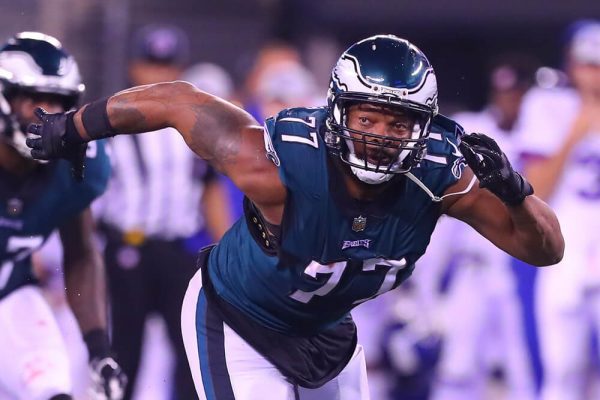 We’re back for NFL Week 16 with five picks that need to be on your radar screen if you want to win your NFL pick’em contest or confidence pool. For a quick primer on value-driven picking in football pools, see our article on NFL pick’em pool strategy.

The five NFL Week 16 picks listed below stand out based on their win odds and pick popularity. Deciding which way you want to go on these games should be top of mind when you make your NFL Week 16 pick decisions.

Keep in mind that we are not saying you should make all of these picks. The best picks for your specific football pick’em pool depend on multiple factors, such as the number of entries in your pool; whether it uses confidence points; and whether it offers season prizes, weekly prizes, or both. Our Football Pick’em Picks product figures out the best pick strategy for you.

Note: Win odds and projected pick popularity data quoted below may change between publication time and kickoff time. If you want to see the latest numbers, our product updates multiple times per day with the latest information.

The Eagles, coming off a big win against the Rams in Week 15, are 2.5-point favorites at home against Houston this week. The surging Texans have won 10 of their last 11 games and are a surprise team in contention for home field advantage in the AFC playoff picture. With the public somewhat wary of an inconsistent Eagles team that is 7-7 this season, only 52% of the public is picking Philadelphia despite Vegas-implied win odds of 56%. Picking the Eagles lets you pick a slight favorite while also getting a little bit of value as an added bonus.

The Rams are a 14-point favorite on the road against Arizona, the biggest spread of any game this week. The Rams’ loss to the Eagles in Week 15 may have slightly hurt their popularity this week — while it is at 92% nationwide, that’s the same popularity as a Cowboys team that are only 7.5-point favorites in their matchup. The Rams-Cardinals game features one of the top teams versus the worst team in the NFL, so it’s about as safe a pick as you’ll find. It’s also smart to pick the Rams since their popularity this week is on par with teams with much worse Vegas-implied winning chances. If you are looking for an upset pick, the Cardinals would not be a good choice, as several teams offer much better risk/reward profiles.

The Jets are a pick’em at home versus Green Bay after opening as a 3.5-point underdog. With the Packers out of playoff contention and lingering injury concerns about Green Bay quarterback Aaron Rodgers, there has been speculation that Rodgers may not play this week against the Jets. While this means the Jets should end up more popular than their 20% popularity from earlier in the week, it is still unlikely that a 4-10 Jets team will be overvalued by the public. With the Jets popularity in point spread pools only at 27% nationwide, there should still be a great deal of value in picking the Jets with the betting markets now suggesting winning chances of 50%.

The 49ers are 4-point underdogs at home against the Bears this week. San Francisco was one of the Value Gambles highlighted in last week’s pick’em article, and they beat Seattle in a game where they were 3.5-point underdogs. Despite a similar profile to last week’s San Francisco-Seattle game, a big segment of the public isn’t fully onboard with the Niners — their public pick percentage this week is up to a whopping 9% from last week’s 6% popularity. With betting markets giving the 49ers a 36% chance to pull off the upset, San Francisco is once again a top option this week if you need to make up ground in the standings or are playing in a weekly prize pool.

Baltimore visits Los Angeles as 4.5-point underdogs. Recent wins at the Steelers and Chiefs make the Chargers a popular pick, garnering 91% popularity in game winner pick’em pools, yet Vegas gives the Ravens (4-1 with Lamar Jackson starting at quarterback) a 33% chance of winning the game. With so few pick’em players giving the Ravens a chance to pull off the upset, they’re a viable gamble if you need to differentiate your picks to make up ground on opponents.

Which Of These NFL Week 16 Picks Should You Make?

Maybe all of them, maybe just some of them. We’re not dodging the question — the reality is that it takes a lot of math to get to the right answer.

We built our Football Pool Picks product to do all the number crunching for you, and figure out when it makes the most sense for you to go with the favorite vs. the underdog. You answer a few quick questions about your pool, and it will customize Week 16 pick recommendations to give you the biggest edge.

Here’s how it works:

The result? In our postseason survey last year, 81% of our subscribers reported winning a weekly or a season prize in a football pick’em contest, and over the long term our customers are winning pools at rates that blow away expectations.

Enjoy NFL Week 16, and if you’re in a football pool or planning on betting some games, check out our college bowl pick’em picks, NFL pick’em pool picks, and NFL betting picks.