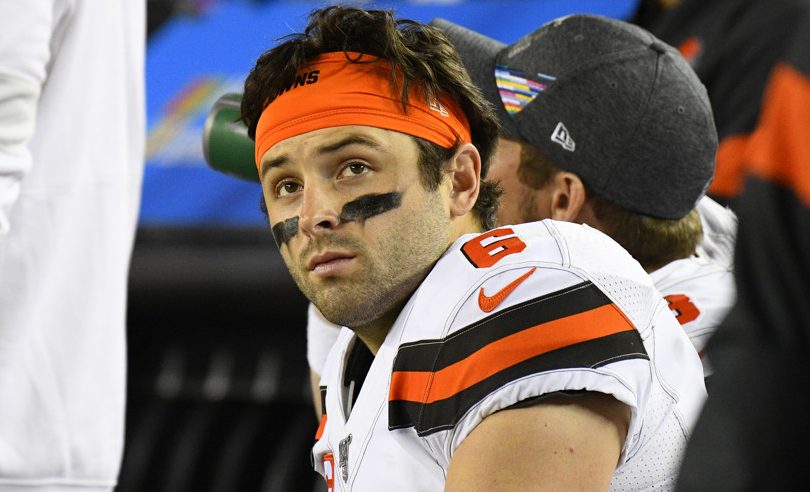 A short note to begin: Now that we’re entering the home stretch of the 2019 season, the full text of our weekly NFL pick’em picks article will be available to TeamRankings premium subscribers only. (If you’re already a premium subscriber, just make sure you’re logged in, and you’ll see the full article.)

For those interested in subscribing, we just rolled out a new weekly subscription option, plus we’re offering a special discount on our rest-of-season pick’em package, which includes our customized weekly picks for your pools.

Heading to Week 10, several value opportunities exist in games where the teams have played vastly different schedules the public may not fully be weighing properly, or games where one team has an inflated record due to one-score game results.

We saw just last week, in the Chargers’ upset win over Green Bay, that the public was heavily on the team that had the inflated record due to wins in close games, while discounting the team that had previously struggled in that category. We’ll get to the value opportunities this week shortly, but first, let’s quickly summarize last week’s results.

Last week, we highlighted three teams that were coming as value as favorites, plus two underdog opportunities. The three slight favorites we highlighted (Cleveland, Oakland, Pittsburgh) went a combined 2-1, with the Browns losing at Denver in a game where they both out-gained the Broncos and won the turnover battle (the difference was in the red zone, and with the Browns settling for too many field goals).

Meanwhile, the two underdogs we highlighted were Jacksonville and the Los Angeles Chargers. The Jaguars bombed in London with Gardner Minshew throwing two interceptions and fumbling twice. But the Chargers dominated the Packers 26-11, and outgained them by 258 yards, in a game where only 7% of the public picked the Chargers.

Across those five games, the public only averaged 1.8 wins based on pick popularity data, so three wins out of that group was a very positive result for Week 9.

Using Vegas odds, data-driven predictions, and pick popularity data from national football pick’em contests, we’ve analyzed the entire NFL Week 10 slate and identified the best value picking opportunities. This week, early pick popularity numbers show several games where the public is strongly on one side in matchups that the oddsmakers think are far closer to even.

Keep in mind that we are not saying that you should make all five of the picks below. The best Week 10 picks for your NFL pool depend on characteristics such as its size, rules, and prize structure; our Football Pick’em Picks product will recommend weekly picks for you based on all those factors.

What we are saying is that the teams mentioned in this post either offer some of the best opportunities to differentiate your Week 10 picks from your pool opponents, or they serve as prime examples of when picking against the crowd is most likely a bad idea.

Week 10 features several favorites that the public is picking at a lower rate than their chance to win. These types of teams are as close as you can get to “no brainer picks” in NFL pick’em contests, since both win odds and value are on your side. This is a big week for value favorites early on, and here are four of them:

The Cleveland Browns are a disaster after their loss to Denver on the road, and sit at 2-6. The Buffalo Bills are a feel-good story at 6-2, and are coming off a comfortable win over Washington. But what if I told you that the difference in these two teams, and our perception of them, is almost entirely tied to their vastly different schedules so far?

That’s the explanation for why our ratings actually have the dysfunctional Browns slightly higher than the Bills (No. 21 versus No. 24), and why Cleveland, playing at home, is the 2.5-point favorite. The public, though, sees 6-2 versus 2-6, and is taking the Bills 73% of the time, a rate higher than a lot of teams that actually are the favorite, including the only undefeated team in the NFL. That means you can get the favored Browns in a great spot, where less than a quarter of the public is picking them.

Luckily for pick’em players, the Week 10 value doesn’t end there, as the next pick demonstrates. It’s not often that we have multiple value favorites in the same week.

Speaking of the only undefeated team, it’s kind of surprising that you can still get the 49ers at value, but maybe the public has not fully bought in yet. San Francisco is a 6-point favorite over Seattle at home on Monday Night, with win odds of 72%. The public does love the plucky Seahawks, who are 7-2 overall, and have the current leader for the MVP race in Russell Wilson. The 49ers are being picked 65% of the time here, but that is below their actual win odds.

While Seattle has won close games (6-1 in one-score games), the 49ers have dominated. The 49ers have played only three home games so far. They’ve won those games by an average of 23.3 points, and the value here is just taking the league’s only undefeated team, at home where they have been dominant, while over one-third of pool entries are picking the upset.

This one is the battle of the completely resistible force against the entirely moveable object. The Bears have really struggled on offense, and if you were watching on Sunday, it was hard to miss criticism of just how poorly they look with Mitch Trubisky at quarterback. Here’s a dirty little secret, though: the Lions’ defense is not very good, and has been squandering a great year from Matthew Stafford. Detroit is 31st in yards allowed.

Chicago is actually the higher rated team in our power ratings, (No. 15, at +0.9, versus No. 22 for Detroit at -1.5) and have the better point differential, and the game is in Chicago. Our models have the win odds at 60% for Chicago, while the public is treating it as a toss-up, taking the Bears only 52% of the time, so you can get the favorite here at a good value.

Finally, the Dallas Cowboys are coming off a Monday Night win over the Giants, but still providing value at home against the Vikings. Dallas also has win odds of 60% at home against Minnesota on Sunday Night Football, while the public is taking them at a 55% rate. Locking in the Cowboys is another solid value play, and we aren’t even making that suggestion based on “Kirk Cousins against a good team in Primetime.”

The pick below is not appropriate for all pools. If you’re in a smaller, season-long pool with lots of games left, it may not be worth the risk. However, if you’re in a single-week pool with a larger number of entries, or if you only care about winning weekly prizes, highly unpopular underdogs have a compelling profile.

The Battle for the New Jersey Meadowlands is not exactly a must-see matchup this week. The two teams are a combined 3-14 and have been outscored by 194 points on the season. Sure, the Jets look like an embarrassment after losing to the Dolphins last week, but it’s not like the Giants have been world beaters. Our predictive power ratings have the Giants at -7.4 points and the Jets at -8.9 points, so the Giants should be the slight favorite in their shared stadium.

And the Giants are a slight favorite, at 2.5 points, with a 55% chance of victory. The public, though, is far more down on the Jets and is picking the Giants to win 75% of the time. That makes the Jets a decent value gamble in weekly contests in this showcase game.

As a subscriber, you have access to the customized pick’em picks for your specific pools. Remember that the information here is written earlier in the week, is a more general summary of the week that may not be applicable to your pool rules, and some information could be outdated by Sunday. Pick popularity can change over the course of a week, and injury news and line movements can alter which picks are the best for your pool. So don’t forget to visit our Football Pick’em Picks before your deadline to submit picks, and also visit the NFL Survivor Picks and NFL Betting Picks.