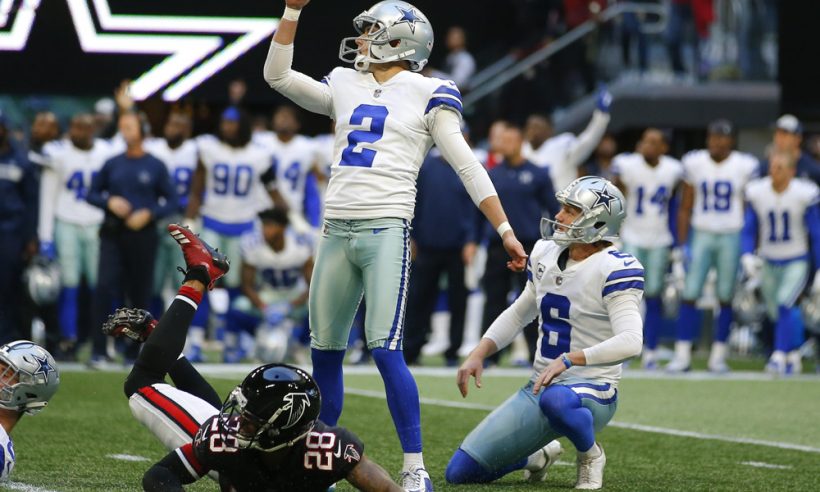 One of the most fascinating topics in football pick’em pool strategy involves how your approach to making picks in a season-long pool should potentially change as the season goes on.

If your goal is to do whatever it takes to maximize your odds to win a prize in a season-long pool, then the implications on optimal picking strategy can be dramatic — and not for the faint of heart.

In short, sometimes giving yourself the best chance to win also means following a boom-or-bust strategy over the closing weeks of the pool that could either really pay off, or bomb spectacularly. In this post, we’ll explain why.

How Most Pick’em Players Think About Making Picks

Especially in larger football pick’em contests, it’s reasonable to think that in order to win a prize at the end of the season, you can’t just pick all the favorites. If you assume that lots of your opponents will be picking mostly favorites in a game winner pool, then you’ll need to beat them by making some contrarian underdog picks that win, right?

That general concept is true — to a degree. By definition, you can only win a pick’em pool by getting games right that at least some of your opponents get wrong.

However, the key question in a season-long NFL pool, with 17 independent weeks/rounds of game picking, is figuring out when is the best time to start applying that logic.

Typically, making upset picks offers the great potential benefit of gaining you significant ground on your pool opponents if those picks win. Unfortunately, upset picks are riskier picks, and in the long run, risky picks lose more often than safe picks. And when you pick an unpopular team that loses, your opponents gain a lot of ground on you.

Conservatism Is Typically Best Early On

Our research has shown that getting too aggressive with your picks (e.g. picking lots of upsets in game winner based pools) early in the season is a common mistake made by season-long football pick’em pool players. As a result, in most types of season long pick’em pools, it pays to start out with a more conservative picking strategy.

(There are some exceptions. For instance, point spread based football pools that don’t use confidence points do not adhere to this strategy, due to the generally higher degree of variability involved in getting point spread picks right.)

By “conservative” we mean a strategy that focuses on maximizing the number of picks you get correct each week, as opposed to a strategy that may take additional risks to try to “fade the public” and further differentiate your picks from the crowd.

The gambit here is that instead of subjecting yourself to the difficult and luck-dependent challenge of nailing a bunch of risky picks in the early going, you first give your opponents the chance to shoot themselves in the foot by making a bunch of dumb picks while you play it safe.

In most pools, and especially in more casual office pool type competitions, there’s a good chance that many participants in your pool will employ picking strategies that are unsophisticated and/or irrationally biased in some way.

Maybe they refuse to pick against their favorite team, or they overreact to the previous week’s results. Perhaps they arbitrarily think they need to pick three upsets per week, or they don’t check the latest betting odds for every game when they go to make picks.

The NFL season is long enough that in a typical year, most opponents using flawed picking strategies will have a tough time cracking the very top of the standings after 17 weeks. They may get lucky and do very well in a couple weeks, but over time, their inherently flawed strategy usually catches up to them.

Consequently, using objective data like betting odds and our predictive models to focus your picks on the most likely winners in the early going is a relatively low-risk strategy that can often result in you either being “in the money” or within striking distance of a season prize as the pool enters the home stretch.

Given its relative lack of upset picks, a conservative strategy like that sure doesn’t look sexy, but the data shows it’s generally effective.

At the same time, 17 weeks isn’t an eternity, and at least one of the following scenarios is also likely to play out in your pool:

As a result, as a specific season progresses into its final weeks, even a smart picking strategy may result in you being in one of a range of potential positions. You might find yourself in first place in your pool (with the help of some luck) all the way down to being “out of the money” and not particularly close to a prize winning position (in a particularly unlucky year).

Whether you’re ahead or behind, you can often increase your odds to win a season prize by adapting your pick strategy at some point later in the season. At that point, instead of simply focusing on picking the most likely winners, you can start to let other contextual factors exert more influence on your picks. Factors like:

In short, there will be an inflection point at some point in the season — a point by which you’ve given an initial conservative strategy enough run to do its work, but you’ll then start to benefit more from a more context-sensitive picking approach.

In the early part of the season, in a pool with only end-of-season prizes, it would almost never make sense to pick Miami. The season is young, and you’d be taking on a big risk of losing ground in the standings to the vast majority of your opponents.

Now imagine it’s Week 17, and New England and Miami are playing again. And as it so happens, in your NFL pick’em pool with a winner-take-all prize structure, you’re one point behind the leader.

In that case, it would rarely make sense to pick the Patriots. Why? Because the person currently beating you out for the winner’s prize is almost certainly going to stay conservative and pick the more likely winner of the game. And if both of you pick the Patriots, the pool is over. You have lost by 1 point, no matter if the Patriots win or lose.

However, if you pick Miami and the current pool leader picks New England, you at least have a 20% chance to make up a point and tie for first place. So in this scenario, your better pick would have been the Patriots in Week 2, but the Dolphins in Week 17.

Note that this type of logic doesn’t apply only to trying to catch someone with more points than you.

For example, if you’re already “in the money” and trying to defend a prize winning position in the final weeks of a pool, the situation is the reverse. In that scenario, you could potentially increase your prize odds by picking a very popular team, regardless of that team’s odds to win. Because again, if you pick the same way as all your opponents do, it doesn’t matter what happens in the game. Win or lose, they’d have no chance to gain ground on you.

How Much Do You Care About Saving Face?

From a more practical perspective, it’s worth stressing that maximizing your odds to win a football pick’em contest can also mean increasing your odds of a poor finish.

In the example above, we showed how in terms of your odds to win a prize in your pool, it was almost certainly better to pick Miami in Week 17. But the more likely outcome of that pick is still that Miami loses, New England wins, you don’t get a point, and lots of people behind you in the standings that picked New England do get a point.

Put another way, you made the best decision for winning a prize, but the most likely outcome is that you drop in the standings.

If you play in enough football pick’em contests, you will inevitably face these types of decisions on a near-yearly basis. And when you do, you need to decide how much “saving face” in the final standings means to you.

Imagine that it’s Week 13, and you’ve had a good but not great season of picks in your pool so far. You’re ranked in the top 20% of the pool standings, but are still decently out of the money given your pool’s prize structure.

Now you have a choice. If you keep picking mostly or all favorites, you’re almost certainly not going to catch up to the pool leaders, who will be making many of those same picks.

In this type of a situation, giving yourself the best odds to win a prize involves a boom-or-bust type of gamble with your picks over the last five weeks of the pool. If you follow that strategy, your expected prize winnings do go up. But more often than not, that calculated Hail Mary gamble will result in a final-weeks nosedive that earns mockery from your pool opponents.

If that’s not an outcome you’re comfortable with, you can keep picking conservatively and be happy to hopefully finish in the top 20% of scores, and win nothing. But if you’re paying in pools to win money, you simply have to learn to shake the haters off and let your calculated gamble ride, because you know it has a higher expected value.

(By the way, if your pool has weekly as well as season prizes, another viable option if a season prize is looking unlikely toward the end of the year is to switch your focus to winning weekly prizes. Our Football Pick’em Picks product does all the number crunching to guide you to your highest value option.) 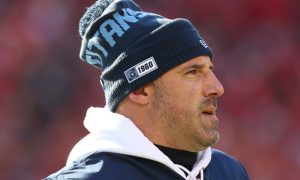 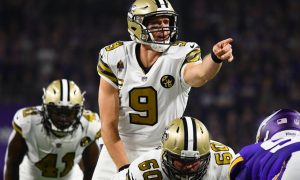