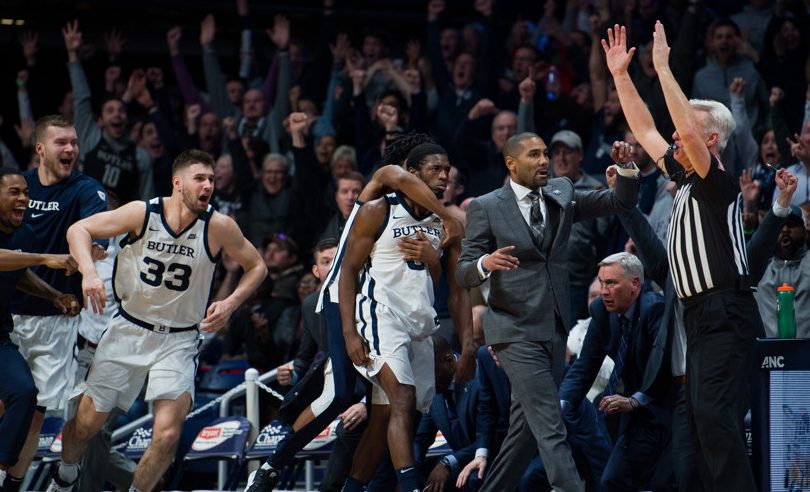 The NCAA Tournament is not random, as some bracket advice would have you believe. Higher-rated teams win more games, and that’s true even after controlling for how the selection committee seeds them.

The 2020 NCAA Tournament has the potential for several overrated top-seeded teams, particularly those on the No. 4 seed line or better. That is to say, their predictive power ratings and rankings are lower than their expected seed (looking at our most recent bracket predictions). To navigate how to handle that kind of tournament dynamic, you will want to check out our 2020 NCAA Bracket Picks once the field is set.

How Teams Have Performed Based on Our Predictive Ratings

Our predictive power rating data (as of the start of the tournament) goes back for 10 years, and we can compare those to how teams were seeded by the committee, and then how they performed in the tournament.

For each seed line, we divided teams into three groups, based on our predictive ratings. We refer to these below as the Top (the best third by power ranking), Middle, and Bottom Tiers.

Here is how many tournament games teams won in each group on average.

The bottom tier of teams, based on our predictive power ratings, won fewer games than the other teams at the same seed level for the first 10 seeds, with the exception of the No. 8 seed. That one is entirely due to Brad Stevens being a wizard, because Butler’s 2011 run to the title game accounts for almost half the wins in that group. Additionally, the No. 11 seed group is heavily influenced by the Final Four runs from Loyola-Chicago (2018) and VCU (2011).

2020 NCAA Tournament Teams that Could Be Over-seeded by Committee

Using the projected seeds in our bracket predictions, here are the teams that would qualify as the bottom tier when compared to the rankings at each seed line for the last decade:

Our power rankings for some of these teams may move up or down when we finalize our adjusted tournament ratings, which take into account things like injuries and lineup changes, and how teams have performed against tournament-caliber opponents. So you will want to check back with our 2020 NCAA Bracket Picks for specific analysis once those factors have been considered, after the field is set.

How 2020 Teams Become Overrated in Seeding

How do teams become overrated, when comparing seeding decisions to predictive ratings? There are usually a few key explanations.

One could be differing measures of schedule strength, so that our ratings just have a certain conference or group of teams rated lower than the committee’s official NET rankings. Another is close game results. The NCAA selection committee tends to base decisions on “big wins,” and who a team beat. Teams that have an inordinate amount of close wins in key games will thus tend to be overseeded, relative to their predictive outlook.

We see both of these in action in the Big East. The conference’s top four teams (Butler, Creighton, Seton Hall and Villanova) currently rank between 16th and 28th in our predictive ratings, while the NET has them all between 11th and 19th. Add in that those four teams have won some key close games, and it’s a recipe for being over-seeded. In the SEC, Kentucky and Auburn illustrate some of the same effect, as both won most of their close games in conference play.

What It Means for the 2020 NCAA Tournament

Assuming most of the seeding projections are fairly accurate, we could have several over-seeded teams. Last year, our top 10 teams by predictive ranking were all seeded at the exact seed to match their ranking. That will not be the case this year.

As of right now, half of our projected teams on the top 4 seed lines appear overrated when compared to their power rating, and nearly half if you look at the top 6 seed lines. Meanwhile, only one team (USC) between seeds 7 to 10 is over-seeded right now based on power rating. We could be looking at a tournament with several overrated top seeds, combined with a middle group of teams that are mostly either appropriately seeded or underrated.

Based on our look at recent history, 2020 could present more balance and opportunity for “upsets” in the middle rounds that aren’t going to actually be major upsets based on our power ratings.

Whether any of these teams will make good bracket picks to lose early will depend on a number of other things, from bracket dynamics (how the 2020 bracket actually sets up come Selection Sunday) to public pick popularity (because relatively unpopular teams on this list could still provide value) to pool dynamics (your scoring system, etc.). But, at the very least, this factor puts them on the “potential upset pick watch list” as we head toward tournament week. 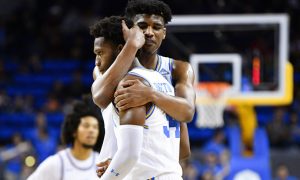 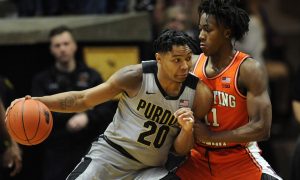