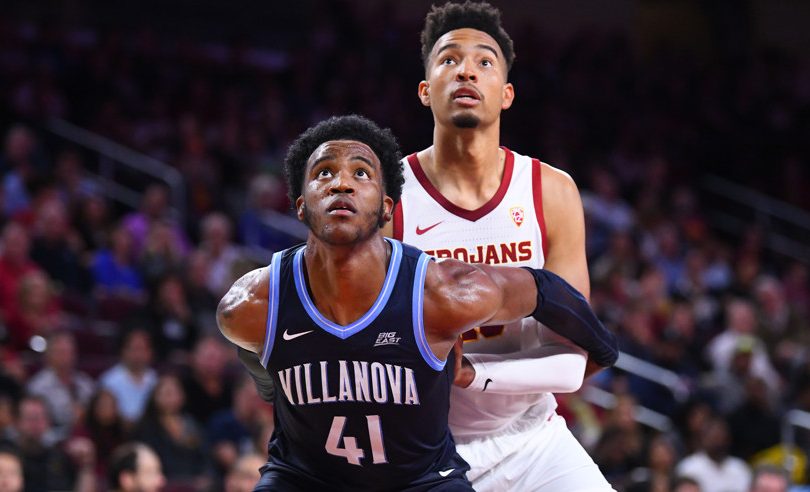 Villanova is the preseason favorite in the Big East. See where every other team falls in conference projections (Photo by Brian Rothmuller/Icon Sportswire)

But first, let’s check out a few highlights from our 2019-20 college basketball preseason projected standings.

First, our projected regular season winners for the major conferences:

The American Conference is the tightest this year. We project Houston, Memphis, and Cincinnati all within 0.1 wins of each other in the regular season, and the difference between No. 3 Cincinnati (21.1%) and No. 1 Houston (22.5%) in conference win odds is negligible.

Outside the major conferences, eight schools have at least a 50% chance of winning the regular season title.

New Mexico State has won the WAC regular season title five straight years (and the conference tournament also for the last three) and are again a heavy favorite. Belmont is still the favorite in the Ohio Valley, even though they will be replacing long-time head coach Rick Byrd. Gonzaga is the favorite in the WCC again, though the gap between them and St. Mary’s is expected to close a little this season. Utah State replaces Nevada as the expected top team in the Mountain West.

Here are the teams that are in our preseason Top 50 in projected rating, but also project to win fewer than half of their conference games.

Notice a pattern? It looks like life will be tough for the teams in the Big Ten Conference, who play 20 conference games against each other. Five different teams are inside our Top 50 and should be in contention for a NCAA Tournament spot, but are projected to have a losing conference record on average.

In all likelihood one of those teams will catch some lucky breaks in a few games and end up with a winning record, while one will have the opposite luck, and end up well below .500 and wondering where it all went wrong. The perception of those two teams will end up very different, even if their true underlying quality and overall performance is similar.

[Note: Overall regular season record projections account only for already-scheduled games, so they will be missing some early season tournament games where opponents have yet to be determined.]