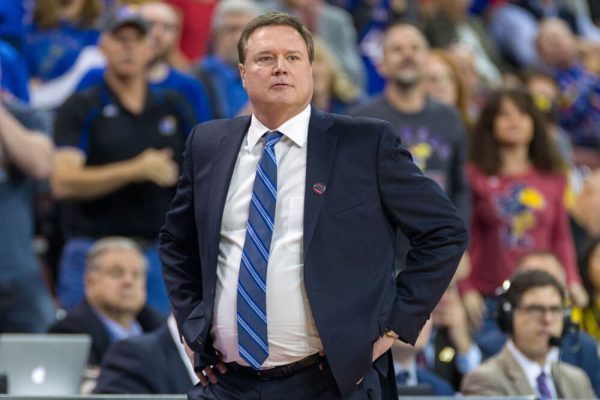 But first, let’s check out a few highlights from our 2018-19 college basketball preseason projected standings.

First, our projected winners for the major conferences:

That’s a lot of wide-open races. Most seasons, we project at least one major conference team as an odds-on favorite to win their conference. However, this season only Kansas and Villanova approach 50% odds, and no other team even reaches 30%.

Outside the major conferences, it’s a different story, with 6 teams projected with at least a 50% chance to take home a regular season conference title:

On the other end of the spectrum is the Big Ten, where the favorite (Michigan State) only has a 21% chance to win the regular season title. An impressive nine teams have at least a 5% chance at the Big Ten crown.

The ACC doesn’t quite have as many contenders as the Big Ten, with only six teams having at least a 6% chance to win the regular season. However, no conference sports a stronger top three than the ACC, with #1 Duke, #3 UNC, and #4 Virginia.

Despite UNC and Virginia being virtually tied in our preseason predictive ratings, UNC is well ahead of Virginia in conference win odds:

The main reason for this is simple. The Tar Heels and Cavaliers face off only once this season, and the game is in Chapel Hill. UNC’s home court advantage in that game means they are not only favored to earn a one game lead over Virginia in that game, but also to own the head-to-head tiebreaker.

Playing Virginia only once also gives the Tar Heels a slight schedule advantage over Duke, which helps explain their title odds being nearly even with Duke’s.

Each team plays 14 pre-scheduled games, just like any other conference. After those 14 games, teams are placed into groups of 4 or 5 teams based on the current standings (1-5, 6-10, 11-14). The teams then play 4 more games (2 home, 2 away) against the other members of their group.

Conference tournament seeding is determined by the full 18-game record, with one twist — teams are guaranteed a seed from their standings group. In other words, if the #5 team after 14 games goes 0-4 in the final group games, it still can’t fall below the #5 seed.

From the perspective of a fan, this schedule format is pretty fun. The best teams get to play more games against each other, and they do it at the end of the season, when the pressure is on.

From the perspective of someone who maintains our season projections code … let’s just say it’s less fun. There’s nothing remotely resembling this in any other conference, or any other sport we cover, so it’s going to take some significant work to correctly handle this format.

We hope to implement a more advanced solution in the near future, but for now, in the early part of the season we simply project every Conference USA team to go 2-2 over their final four conference games. It’s not perfect, but considering that the goal of this system is to create evenly-matched games down the stretch, it’s probably not going to be that far off from a “true” projection for most teams.

Once the exact matchups are set, we replace that 2-2 stretch with a real projection based on team power ratings. However, our logic to seed the CUSA conference tournament doesn’t yet take into account the “no rising or falling out of your standings group” rule. Once the exact tournament bracket is set, we load that into our database manually, but until that time the tournament projections may be based on seeding that’s slightly off. The shouldn’t make a huge difference in most cases, but we want to be transparent about it.

[Note: Overall regular season record projections account for only already-scheduled games, so they will be missing some early season tournament games where opponents have yet to be determined.]

[Note #2: Our original projections had incorrect postseason ban info, with some ineligible teams being forecast with non-zero conference tournament win odds, and some eligible teams being forecast with 0% odds. We corrected the ban info, and re-ran the projections. Numbers for all teams may have shifted slightly due to random variation in the simulations.]