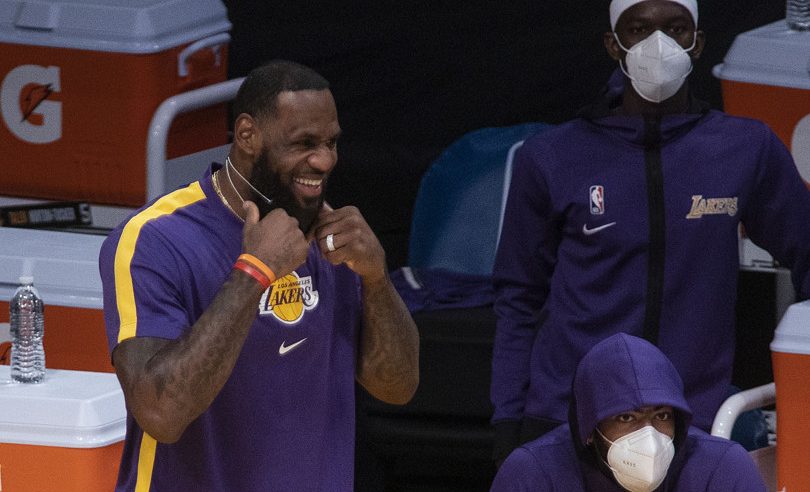 This post provides a snapshot of our team-level, preseason NBA predictions for the 2020-21 season.

In addition, we’ll discuss a few highlights from the projections we think are worth noting.

To see updated projections for all teams once the 2020-21 NBA season begins, our NBA projected standings page updates every day based on the previous day’s game results.

Editors Note: You can subscribe to access our data-driven NBA game picks and predictions (game winner, point spread, over/under, and money line) for the 2020-21 season on our signup page.

The NBA preseason projections in this post were pulled on Wednesday, December 16, 2020.

Note that even before the season starts, the numbers in this post may differ slightly from the projections shown on our NBA projected standings page. That’s not us adjusting numbers behind the scenes; it’s just the result of variance in our season simulations, which re-run daily even in the preseason.

How We Make These NBA Projections

Our preseason NBA projections are based on our 2020-21 NBA preseason ratings. We use those ratings to simulate the full 2020-21 NBA season, including the playoffs, thousands of times.

Update for 2020-21: This year, for the first time, we have introduced a few adjustments to NBA team ratings for the playoffs, given the capabilities and tendencies of select teams to shorten their rotations and play superstars more in the postseason. As a result, a team like the Lakers will benefit from better odds in the postseason than their regular season rating would give them.

We average the individual team outcomes in the thousands of season simulations we run, and those averages become our official preseason projections that we report in this post.

The Lakers are the most likely team to get the top seed in the West, but face the strongest competition in their own division, from the Los Angeles Clippers.

The Dallas Mavericks, meanwhile, are expected to benefit from a Houston Rockets decline and are the favorite in the Southwest.

The Los Angeles Lakers have our highest championship odds from the West. And they have the highest title odds overall, despite being second in our regular season predictive ratings to Milwaukee.

That’s because the Lakers are the biggest beneficiary of our new playoffs-specific predictive rating adjustment. They are a veteran, star-laden team that has demonstrated an ability to shorten up their bench and dial up their performance during the playoffs.

While Thompson again suffered a season-ending Achilles injury, the Warriors were able to remake their roster over the last year, including adding James Wiseman early in the NBA Draft. Oh, and Steph Curry should be back.

While they are not expected to be among the title favorites or return to their past levels of glory, Golden State is at least projected to contend for a playoff spot in the West this season.

Minnesota finished with a disappointing 19 wins a year ago, and their projected rebound in 2020-21 is largely due to injury recoveries and roster turnover as well.

Karl Anthony-Towns only played in 35 games last season, and no single player started even 50 games. With some better luck with close games and injuries, plus the addition of first overall pick Anthony Edwards, we expect the Timberwolves to be merely below average this year, and not among the worst teams in the West.

Oklahoma City was expected to be a decliner a year ago, but surprised by making a run to the playoffs after trading away Russell Westbrook and bringing in veteran Chris Paul.

But Paul is now in Phoenix, and in fact, five of the six top players for the Thunder from last season (by Win Shares) are now playing elsewhere. Only 22-year-old Shai Gilgeous-Alexander remains from last season’s team leaders.

The Thunder have done a good job of making trades and setting up the future, but this season, they are expected to bottom out and be the worst team in the West.

Houston, meanwhile, is experiencing its own sea change, and it may not end with the preseason. Former GM Daryl Morey is out, and Russell Westbrook was traded to Washington with John Wall coming to the Rockets. Star James Harden is reportedly wanting a trade as well, so there are plenty of signs that suggest Houston is at risk to drop out of the playoffs in the West.

Milwaukee is the heavy favorite again in the Central, with only Indiana seen as a viable challenger.

Miami, off their run to the NBA Finals in October, is the favorite again in the Southeast.

Meanwhile, changes in Brooklyn, Boston, Toronto (playing in Tampa this year) and Philadelphia have the Atlantic as the tightest division. The Brooklyn Nets, now with Kyrie Irving and Kevin Durant, are the slight favorite to win that division.

The Bucks are again the favorite in the East, though they have yet to break through and reach the NBA Finals with Giannis.

Brooklyn, with their star duo of Durant and Irving, are the biggest challenger to the Bucks this season, ahead of several other contenders including the Heat, Celtics, 76ers, and Raptors.

We also penalized the Bucks with a negative playoff rating adjustment. Head coach Mike Budenholzer has repeatedly not increased his stars’ playing time in the playoffs as much as other coaches, and his teams now have a history of playoff underperformance.

The Atlanta Hawks finished last year at 20-47, ahead of only Cleveland in the East. But they have a young core duo of Trae Young and John Collins, and they added several veteran pieces around them this season.

Clint Capela (from Houston) and Bogdan Bogdanovic (from Sacramento) are now projected as starters, and the team also added veterans Rajon Rondo and Danilo Gallinari. With those changes, Atlanta is projected as a potential playoff contender this season.

We’ve already talked about Brooklyn, where Kevin Durant and Kyrie Irving join a team that overachieved and reached the postseason last year in their absence. As a result, the Nets are expected to be better this season.

Washington was able to trade John Wall (who missed all of last season) for Russell Westbrook, and is expected to improve as well, though we still project them outside the playoff field.

Toronto is still projected as a playoff team in the East, but they are in a crowded division with the emergence of the Brooklyn Nets. Their best player last season, Kyle Lowry, turns 35 later in the season.

The Raptors have earned success in recent years with great depth and contributions from numerous players, but they do not have as big a star to lean on as some other top contenders.

Add in a move to Tampa for just this season because of the coronavirus pandemic and travel restrictions to Canada, and we see Toronto winning a few fewer games this season.

Making NBA Futures Bets Based On These Preseason Projections

Before we conclude, we wanted to provide some quick thoughts to the NBA bettors out there.

If you’re considering using the information in this post to make NBA futures bets (e.g. a preseason bet on a team’s regular season win total, or on a team to win its division or win the NBA championship), please keep a few things in mind:

Plenty of these season projections will end up being wrong, for lots of possible reasons. It’s important to understand that our goal is the overall accuracy of the system, and in particular the team ratings and projected regular season win-loss records.

Even if the system as a whole ends up being more accurate than lots of other NBA pundits or prediction methods, projections for any one specific team out of the 30 we are modeling here could still be quite wrong.

The value we bring to the table here is a systematic, data-driven approach that more precisely evaluates dynamics that human experts are typically bad at applying to projections (e.g. the impact of schedule strength, or accounting for variance in expected team performance). Our system is driven not by subjective opinions, but by data that has demonstrated predictive value.

It’s certainly not perfect, but it’s far more sophisticated and objective than most of what’s out there. 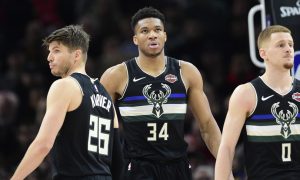 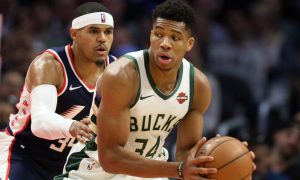