NBA Preseason Rankings For The 2019-20 Season 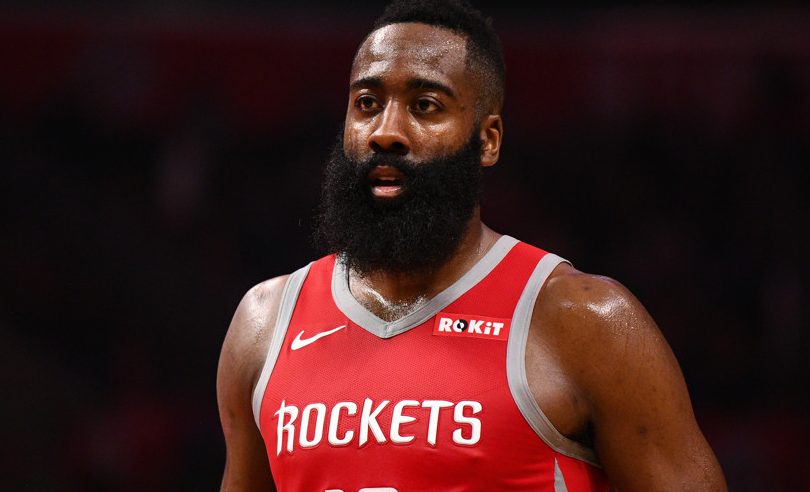 The NBA season is fast-approaching, which means it’s time for our annual post outlining preseason ratings.

The table below shows our 2019-20 preseason ranking of all 30 NBA teams, along with each team’s associated preseason predictive rating (e.g. 5.9 for Houston).

The team ratings are expressed as points better (positive rating) or worse (negative rating) than a “perfectly average” NBA team, when playing on a neutral court.

The 4th and 5th columns show each team’s final predictive rating from the 2018-19 season, and the expected change in their rating from last season to this season. Positive “Change” values mean a team is expected to improve; negative values mean they are expect to decline.

The final two columns show info about the win total projections of the component systems that we blended in order to create our ratings. We’ll explain how that works in more detail below.

How We Created The 2019-20 TeamRankings NBA Preseason Rankings

For our NFL and college football ratings, we’ve done historical research to identify and properly value team-level stats that are highly correlated with success in an upcoming season. We then create models using those stats, and blend our model output with betting market info to create our final preseason ratings.

So rather than stick with our old team-level model, we now create our NBA preseason ratings by blending several player-level models from other sources with team win total projections from the betting market. Click here for a more detailed explanation in our post discussing how we make the ratings.

Here are some observations and notes from our preseason ratings.

The upshot here is that this season is one of the most wide-open NBA seasons in years. With the Warriors losing Kevin Durant, Andre Iguodala and Klay Thompson (for most of the season, at least), they are no longer head and shoulders above the crowd. There are at least a half dozen teams, maybe more, that could win the title with nobody batting an eye.

Down On Both Los Angeles Teams

The Clippers and Lakers are currently the two betting market favorites to win the NBA title, yet we have them ranked No. 5 and No. 8 respectively. What gives?

Well, first of all, the Clippers are rated only 0.3 points behind No. 2 Milwaukee, so we aren’t as down on them as you might think from a quick glance at the rankings. But they’re still 1.2 points behind Houston, and the Lakers are even further back.

There are a couple reasons for this.

First, the non-market projections systems we incorporate into our preseason ratings are simply down on both LA teams relative to the market. If we were to create a “narrative” here about why that might be the case, we’d suggest that the huge star power moving to a city that loves stars could be driving some more big money bets toward the LA teams than is really justified by their rosters.

Second, our ratings are focused on and driven by the season win totals projections. However, in the NBA, there can be large differences between how teams perform in the regular season versus in the playoffs. “Playoff LeBron” is a real thing, in other words. And Kawhi “Load Management” Leonard is almost certainly going to miss some regular season games for rest purposes, which isn’t the case during the playoffs.

As a result, both the Clippers and Lakers have relatively more optimistic champion futures odds than regular season win totals. For example, the Rockets are favored by the market to go over 53.5 wins in the regular season, while the Lakers are favored to go under 51.5 … yet the Lakers have better title odds than the Rockets. Our projections don’t handle this discrepancy well, and for the time being we have decided to focus more on accurate season win total projections than on accurate championship odds.

Dallas Over New Orleans? It’s About the Schedule

You might notice that Dallas and New Orleans are in a virtual tie for projected rating. Both also play in the same division (Southwest). Yet, Dallas has a higher win projection total, by 0.5 wins. That is explained by their schedules. They both play the teams in their division four times, and all teams from the Eastern Conference twice. But the scheduling format means that they play some teams from the other two divisions in the West three times, and others four times.

Dallas only has to play Utah (No. 3), the Clippers (No. 5), Golden State (No. 7), and Oklahoma City (No. 18) three times each. New Orleans plays each of those teams four times, while they only get three games against Denver (No. 4), Minnesota (No. 20), Sacramento (No. 21), and Phoenix (No. 24). So basically, New Orleans has two extra games against teams we project as playoff contenders in the West. With both of these young, talented teams being on the cusp of playoff contention in the West, that’s something to keep in mind.

Teams We Think Are Underrated

Teams We Think Are Overrated

Before you make a comment about where we’ve ranked your favorite team and call us a bunch of no good bleepety-bleeps, please keep a couple things in mind: