When Atlantis Casino became the first sportsbook to release its Major League Baseball regular season win totals on Wednesday, there was one over/under in particular that stood out.

Atlantis opened the Houston Astros at 62.5, the lowest total in recent memory. Of the other 29 teams, none had a total lower than 70.5 — a number shared by both the Baltimore Orioles and San Diego Padres.

Since 2007, no team has had an over/under lower than this year’s Astros. The Pittsburgh Pirates (2011) and Washington Nationals (2010) came the closest, opening at 65.5 each. Both, however, went well over their win total and finished with 72 and 69 wins, respectively.

The Astros, quite obviously, deserve to have the lowest win total after they were hands-down the worst team in 2011, finishing 56-106. Even the Seattle Mariners, who lost 17 straight games at one point, finished with 11 more wins than Houston.

But in a market that’s more than likely going to take more action on overs, it’s still a bit surprising to see a total listed as low as 62.5. The question, then, is this: Is there any value on the over?

What Does History Suggest?

Since 1982, a team has finished with less than 63 wins in a full regular season 34 times. Two years during that span — 1994 and 1995 — were shortened, and therefore eliminated from the sample.

Also worth noting: Eleven teams since 1982 haven’t ever won fewer than 63 games in a season, and three teams — the Boston Red Sox, Los Angeles Angels and St. Louis Cardinals — haven’t won less than 70.

Outside of maybe the NL West, the NL Central figures to be the worst division in baseball. The Cardinals have the highest over/under at 87.5, and according to oddsmakers, four teams are expected to finish roughly .500 or worse. The Milwaukee Brewers won the division last year at 96-60 and the Cardinals earned the Wild Card at 90-72.

Both teams are projected to finish with fewer wins this year, in large part because both teams lost their biggest bats — Albert Pujols left for the Angels and Prince Fielder left for the Tigers. Two teams in the division, the Cardinals and Chicago Cubs, made managerial changes.

The NL Central is one of only two divisions without a dominant team. The two East divisions (with the New York Yankees and Philadelphia Phillies), in addition to the AL Central (Tigers) and AL West (Texas Rangers), all have at least one team with an over/under win total higher than 93.

In a wide-open division, it isn’t inconceivable to think that the Astros can improve upon their 56-win season from last year. After all, Houston was the second-worst team in one-run games in 2011, finishing 20-28.

If you believe in the Pythagorean expectation (a formula derived by Bill James to estimate how many games a team “should” have won based on its runs scored and runs against), Houston’s record “should” have been 62-100 in 2011.

The Astros also played a whopping 20 rookies last year, and while some will undoubtedly see action in 2012, an influx of veteran free agents — including Jack Cust, Jed Lowrie and Chris Snyder — should create a more stabilizing presence.

So, Are The Astros A Good Bet?

Looking at Houston’s projected lineup, it’s almost scary how void of proven talent it is. The eight players who are supposed to start combined for 42 home runs and 231 RBI in 2011. For comparison’s sake, Milwaukee stars Ryan Braun and Fielder totaled 71 homers and 231 RBI by themselves.

Also, teams that are this bad usually seem to stay down for more than one season. The Astros have a new general manager in Jeff Luhnow, who has promised to rebuild the franchise from top to bottom. But that often takes a serious amount of time in Major League Baseball.

While a veteran pitching staff should be able to keep the Astros in plenty of low-scoring games, the inexperience on offense is concerning enough to avoid a play on Houston’s win total and instead look for better value elsewhere. 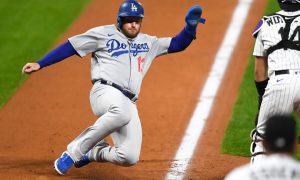