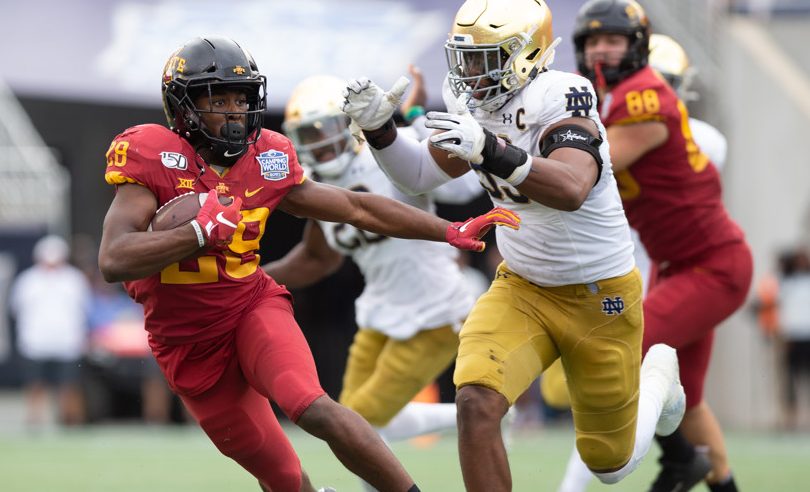 Weirder thing about 2020--Notre Dame playing in a conference or Iowa State with a realistic chance of winning the Big 12? (Photo by David Rosenblum/Icon Sportswire)

The landscape for 2020 in College Football looks very different because of the coronavirus pandemic. The Big Ten and Pac-12 are sitting out the fall season. So are the Mid-America Conference and Mountain West, along with a few other teams. The other major conferences are moving forward with the season, though they have made adjustments to their schedules.

The current plan is for a playoff to still take place, and conferences have some contingencies built in to move back conference championship games if necessary.

In this post, we list the predictions for the conferences that are playing, which includes 77 different teams. Note that Notre Dame is playing in the ACC this year. Meanwhile, we list Air Force as an independent below, since they will still play the two schedule Commander-in-Chief games but otherwise have no conference schedule to play.

Also, note that all of these projections are current as of scheduled games by August 27th. It’s possible that teams add additional games (or cancel games) after that date that impact the total projected wins. For the latest conference predictions, see our college football projected standings page.

In a college football or NFL pick’em pool?
Get an edge with our Football Pick’em Picks

Quick Links to 2020 Predictions By Conference:
ACC | Big 12 | SEC
All other conferences

To kick things off, here are the three most likely teams to win each FBS conference according to our preseason predictions, along with each team’s conference champion odds:

Across all FBS conferences this year, the team with best chance to win its conference is Clemson to win the ACC with 62% odds. Those odds would be even higher but for the presence of Notre Dame, who are our second-favorite to win the ACC.

On the other end of the parity spectrum, Conference USA is, as usual, wide open. No team has higher than UAB’s 21% chance of winning the conference this year.

A few final reminders before we get to the conference by conference preseason projections for 2020.

First, if you want to see our measure of expected performance level for all teams in 2020, independent of schedule strength, check out our 2020 college football preseason rankings.

Second, once the 2020 college football season starts, remember that we update all of our season projections and conference title odds daily on our college football projected standings page.

A couple of notes on the ACC’s schedule. First, with the addition of Notre Dame, the conference did away with divisions this year. The top two teams overall will advance to a conference championship game. Second, the league is allowing members to play just one non-conference game, and it has to take place in-state. With the SEC also doing away with non-conference games this year, that means several traditional rivalry games (Clemson-South Carolina, Florida-Florida State, Georgia-Georgia Tech, and Louisville-Kentucky) will not be played.

Clemson is the heavy favorite, but does have to travel to Notre Dame this year. That game is by far their biggest risk of a loss. Clemson does have most of their tougher opponents on the road this year (Wake Forest, Florida State, and Virginia Tech also).

If one team is going to jump up and disrupt a potential Notre Dame-Clemson rematch in an ACC title game, we see North Carolina as having the best shot. They get Notre Dame at home and avoid playing Clemson in the regular season.

Last year, Baylor was the surprise team, falling just short against Oklahoma in the title game. But head coach Matt Rhule moved on to the NFL with the Carolina Panthers. We see the potential for some regression with Baylor. Oklahoma is again the favorite to win the conference, but it looks wide open for the second spot to face them in a title game. Texas, Oklahoma State, and Iowa State are all projected within one win of each other.

The Big 12 will play its typical 9-game round robin schedule, and also is allowing one non-conference matchup at the start of the season.

The SEC eliminated non-conference games this year, and went to an expanded 10-game conference schedule. Alabama and Georgia are the favorites to meet in the SEC Championship Game, and the conference did them both a favor by making sure they didn’t play in the added cross-division matchups.

Meanwhile, new Missouri coach Eliah Drinkwitz is facing a far more daunting schedule. Instead of getting the usual non-conference slate, he now draws Alabama and LSU as the additional games added on the conference schedule.

Central Florida’s run as champs ended last year, with Memphis breaking through to win the conference. But the Golden Knights are projected to rebound as conference favorites in 2020.

One interesting side note is whether the American Champion will get an invite to the four-team playoff in this unique year. With so few non-conference games, there will be very little info to use to compare champions. Invites may depend a bit more than usual on how dominant the champion is within their own conference. We give roughly a 40% chance that at least one American Conference team goes undefeated in the regular season.

Conference USA is playing in two divisions in 2020, same as always. Because Old Dominion canceled fall football, some teams are playing 7 conference games and some are playing 8 games. Teams are also playing a variable number of non-conference games.

UAB is the favorite, but eight teams have greater than a 5% chance of winning the conference, and ten total teams have at least a 4% chance.

The Sun Belt continues with their two-division approach despite having only 10 teams. Teams are scheduled for 8 conference games in 2020, plus a variable number of non-conference games.

Appalachian State has defeated Louisiana in the Championship Game each of the last two years, and that matchup is projected as our most likely outcome for 2020 as well.

We are lumping Air Force in with the Independents for this year, and Notre Dame is temporary with the ACC. These independent teams had to scramble to put together a schedule, since they had no conference opponents and some of their original games were cancelled. Army was able to put together a 12-game schedule with three non-FBS games, the Navy/Air Force games, games against Cincinnati and Tulane of the American Conference, and some others against the Sun Belt and Conference USA. Liberty is playing 10 games. BYU managed eight games, while Air Force has only their two traditional rivalry matchups with Army and Navy.

We have identified a set of team-level metrics that have demonstrated predictive value for projecting a team’s upcoming season results.

We identified these metrics by reviewing about a decade’s worth of college football data and applying significance tests to any interesting-looking findings. Then, we built an algorithmic model that takes in these metrics as inputs, and computes a numerical preseason predictive rating for all 130 FBS teams (well, only 77 this particular fall).

A team’s preseason rating signifies how good we think it will be this coming season. Figuring out precisely how many games we expect that team to win, however, is more complicated.

To do that, we run thousands of game-by-game computer simulations of the 2020 college football season, using our predictive ratings to come up with implied win odds for each game.

Thanks to randomness, each season simulation plays out differently. Occasionally in a simulation, an unheralded team gets lucky, makes a run and wins its conference.

Over thousands of simulation runs, though, trends in the results begin to emerge. The predictions in this post represent the averages of all the 2020 college football season simulations we conducted.

Why Our Simulation-Driven Approach Makes Sense

Despite some limitations, our simulation-driven approach to making preseason college football predictions has proven to be a lot more accurate than many alternatives.

Human college football “experts” (some of them, at least) can do a decent job of projecting the future performance level of a team — especially one they’ve studied closely, in a conference they’re very familiar with. But on the whole, humans tend to have a very poor grasp of the potential impact of probability and randomness over the course of a full college football season.

For example, even skilled “football people” tend to underestimate a great team’s odds of losing to a mediocre or bad team. It’s true that a team like Oklahoma is very unlikely to lose to a team like Kansas, but no game is a lock. Over the course of a season, even small loss probabilities can add up to a decent chance of a great team losing at least one game to a significantly inferior opponent.

You can’t discount those probabilities, especially when conference championships can be decided by just one win. Our simulation-driven approach makes sure we never do.

Is it a perfect system? Absolutely not. When the dust settles at the end of the season, some of our preseason projections will almost certainly be way off. Some teams will simply defy our expectations. Other projections will be derailed by injuries, suspensions and other unexpected events that occur.

Our goal, however, is the overall accuracy of the system — how well, on balance, it projects all 77 teams.

How To Interpret Our College Football Preseason Predictions

In closing, it’s important to understand how our system generates the results it does, and precisely what the numbers mean. Here are some key details:

If you’re in a football pool or planning on betting some games this football season, check out our Football Pick’em Pool Picks , NFL Survivor Picks and College Football Betting Picks. 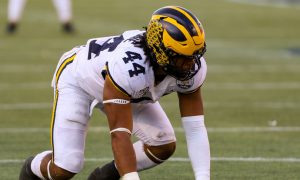 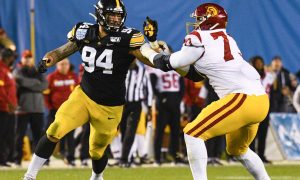 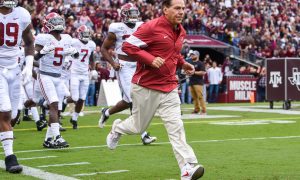 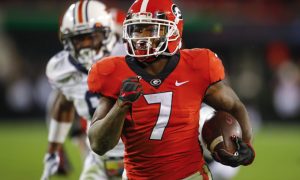